Slovenia entered lockdown mode at midnight on 20th March 2020 as the government issued decree temporarily prohibiting public gatherings in public places to contain the coronavirus epidemic. The decree prohibits the movement and gathering of people in public places until further notice, but there are exemptions to ensure that society can function.

For exchange students Primorska: Student organization of the University of Primorska is available for questions, help and information at info@soup.si.

Individuals may leave their homes for a public place mindful of keeping a safe distance and only for work-related activities, to eliminate immediate threats to health, life and property, to care for people in need of support, and to access shops that remain open (grocery stores, pharmacies, petrol stations, banks, post offices, cleaning services, car repair shops and the like).

Importantly, people may access public parks and other areas for walking, again mindful of the safety distance. But they are not allowed to go for a stroll in the city. Cycling is allowed.

The lockdown has also opened some dilemmas, as a person is for example allowed to take a dog for a walk to a near-by park but not go for a walk with a partner they do not live in the same household with.

At present there also seems to be no restrictions for family trips to secluded places, even if they are on the other side of the country, but Interior Minister Aleš Hojs indicated today that in the future the government decree could be amended.

Local communities may make more detailed rules depending on the needs of the community. In that case, mayors must post public notices.

Hojs said that individual municipalities might need to introduce further restrictions to the movement of people, to for example keep people within the municipality, but that would depend on how the lockdown would be respected in its present form.

For now movement, access to and stay in a public place is also allowed for groups of persons who are close family members or share the same household, provided they keep a safe distance from other similar groups.

Groups of up to five co-workers who share the same personal vehicle to get to work or who have been called up to perform tasks within the Civil Protection Service are also exempted.

The lockdown is being policed and the fines for violations are around 400 euro.

The lockdown was also announced via an SMS sent to all phones in the country notifying the people of the prohibition of public gatherings.

Police have told the STA that they are already patrolling public spaces, warning potential violators and ordering them to abide by law such as by urging them to stand apart and keep a safe distance.

Those who do not follow the officers' instructions face a notice for violating the protection of public order act, or referral to the health inspectorate, which issues fines for lockdown violations.

The police force does not have data on measures taken against potential violators, but it says that people are mostly following officers' warnings and instructions.

"Police are implementing measures to prevent the spread of infectious diseases as a priority through joint tightened checks with health inspectors or independently," said the police.

In Ljubljana and many other cities around the country, traffic wardens have been deployed to check whether residents are observing lockdown measures.

Mayor Zoran Janković urged residents to follow the instructions for the sake of their health and the health of their loved ones. He is not planning to propose any additional measures because he believes most of the 292,000 Ljubljana residents behave in a very responsible way.

Meanwhile, Kranj Mayor Matjaž Rakovec was much more critical of the situation in Slovenia's fourth city where groups of people had been spotted in recent days acting irresponsibly.

To illustrate just one example he said that a shop assistant reported being jeered and sworn at for trying to keep shoppers apart.

"It's hard to believe my colleagues having to deal with those who don't understand or won't understand how serious the epidemic is," said Rakovec, who hopes the latest decree will improve the situation.

Many towns had locked or cordoned off playgrounds and sport grounds and facilities even before the decree stepped into force, while traffic wardens are patrolling areas that could not have been physically restricted.

Officials in Novo Mesto in the south-east and Nova Gorica on the border with Italy say that the residents were obeying the ban on gatherings.

Some towns, such as Nova Gorica and Izola have disinfected public spaces where there has been a large concentration of people, while Janković said Ljubljana would not do that because health authorities deemed the measure ineffective. 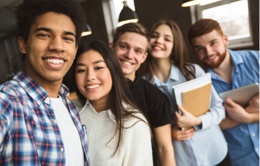 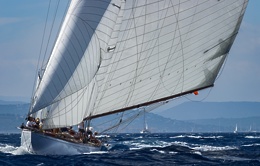 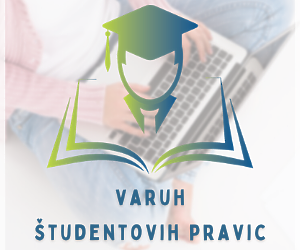